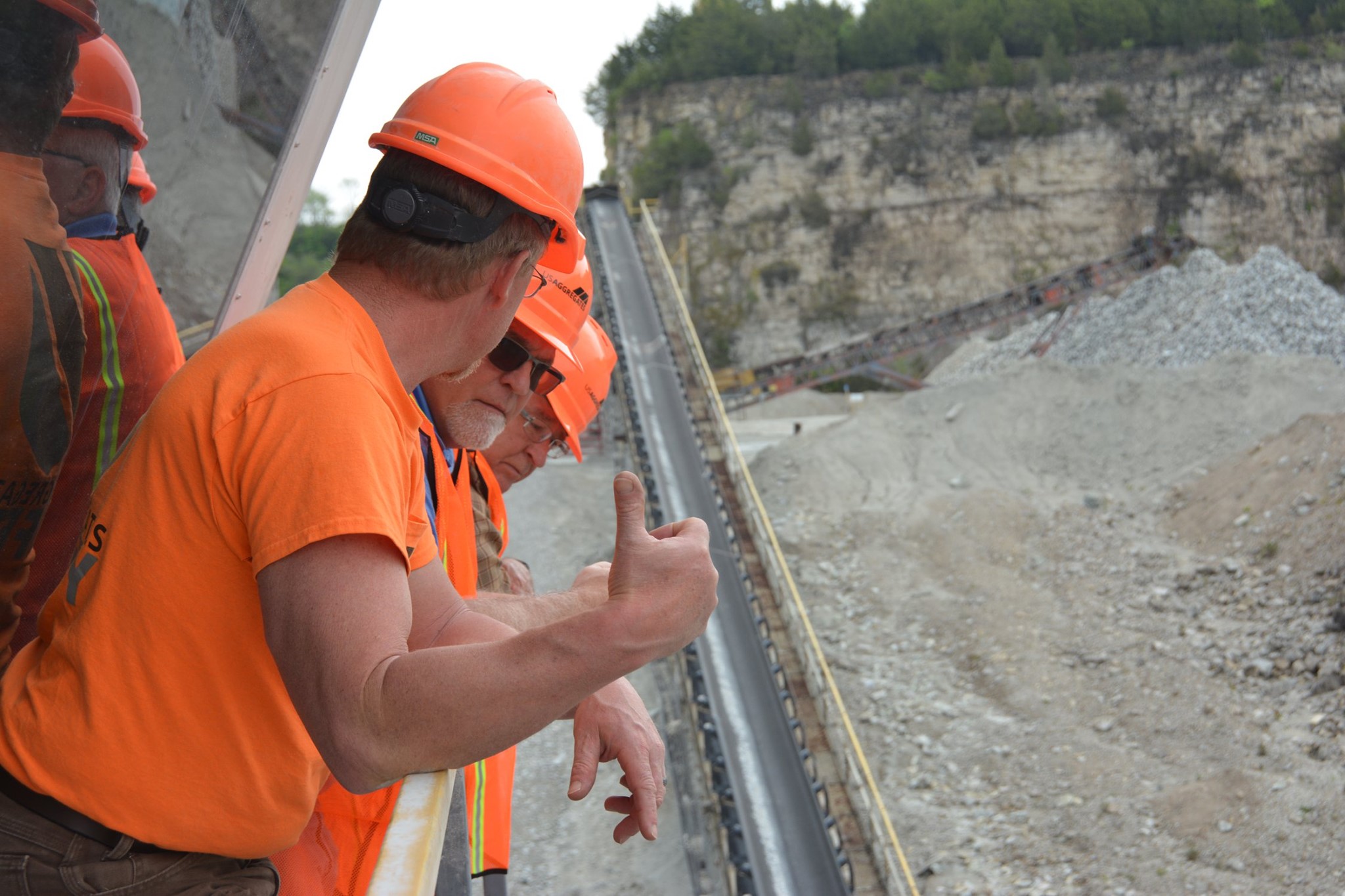 On May 2nd, Shelby County Commissioners Chris Ross, Don Parker and Kevin Nigh, along with Kevin’s wife Terri Nigh joined us for a tour of our Flat Rock Quarry. Terri’s father, Tom Wheeler was one of the original owners who opened up the quarry. She was eager to see that plant since it had been many years since she had been at the site. Flat Rock had a collection of old photos of Terri’s father that she was grateful to see.