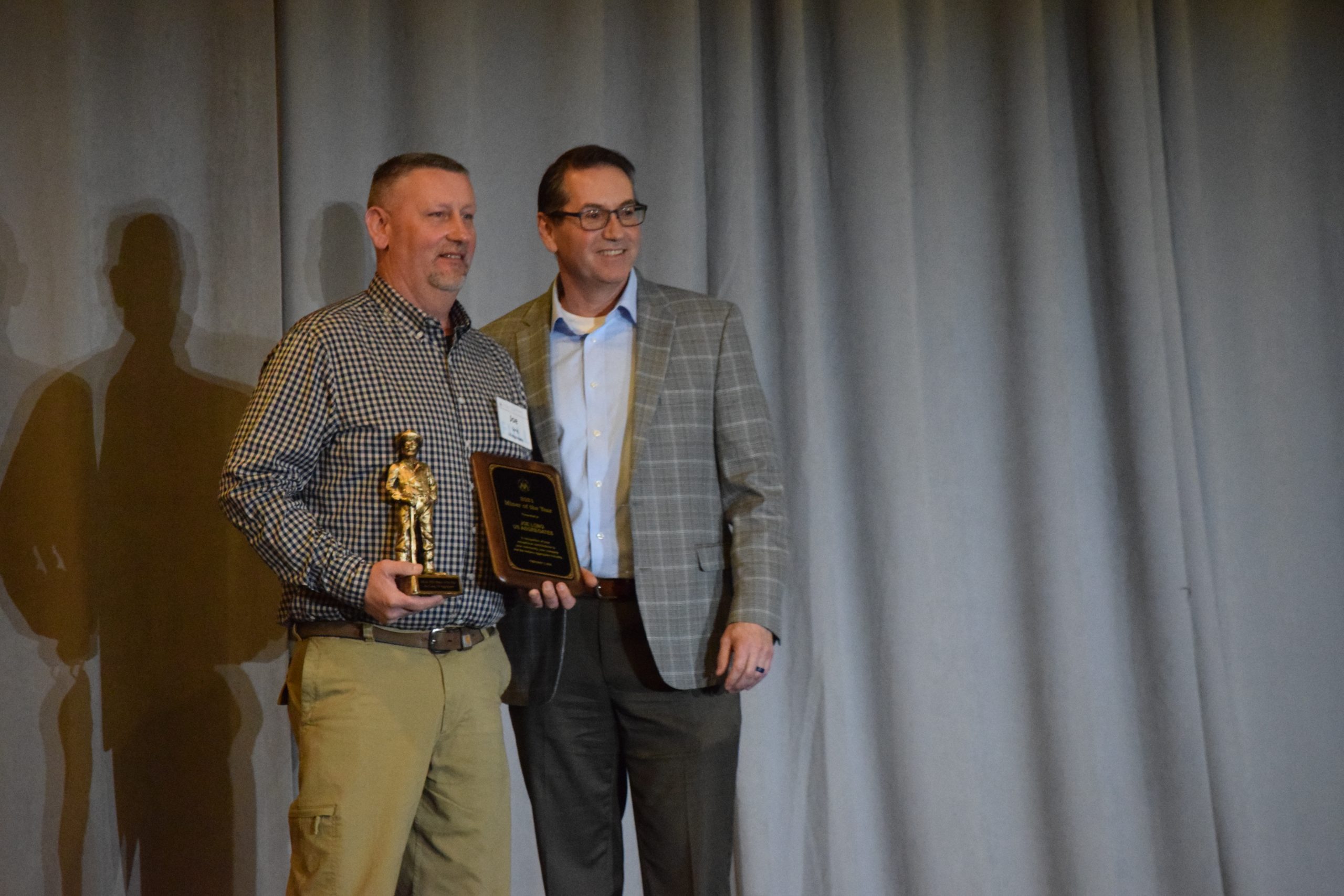 Joe Long, Plant Manager at Springville, was selected as the Indiana Mineral Aggregates Association as the winner of the Miner of the Year award. There are more than 200 plants and 4,000 jobs in the mineral aggregate industry in Indiana. John Schmidt, President of US Aggregates, presented the award himself.

“Individuals nominated for this award exemplify the very best in their profession and continually bring credit to the industry and to their community,” Schmidt said. “[Joe Long] has contributed significantly to the aggregates industry by providing a safe working environment, being innovative and solving problems, demonstrating a concern for the environment, and contributing to the betterment of his community through civic and community affairs.”

With so much competition, Long was surprised to have won the award.

“When I received the award, I was so surprised that I had been recognized out of the hundreds of equally or more so qualified than myself,” Long said. “To see that people actually did see how hard I’ve worked brought me speechless, which is extremely rare.”

While the award does recognize an individual that exemplifies the very best in the field, it is also a credit to the entire plant that Long manages.

“Joe’s award shows the strength of the team at Springville and how much their leader means to them,” Kristin Sweeney, Director of Operations, said. “We are very proud of not only Joe for winning the award but for the whole team at Springville that has banded together in safety and performance.

Long’s submission for Miner of the Year was done by his team rather than from management. The IMAA selection committee also said it was one of the best written submissions they have ever received.

Long has the award displayed on his desk and wanted to thank everyone involved with receiving the honor.

“I’d like to recognize the support from our company president John Schmidt for always pushing everyone to put safety first along with the entire staff. I often tell people with the number of talented resources within our organization there is never a viable excuse for failure when we reach out for help. This award is equally deserved by everyone at US Agg. Thank you all for this award as we earned it together!”