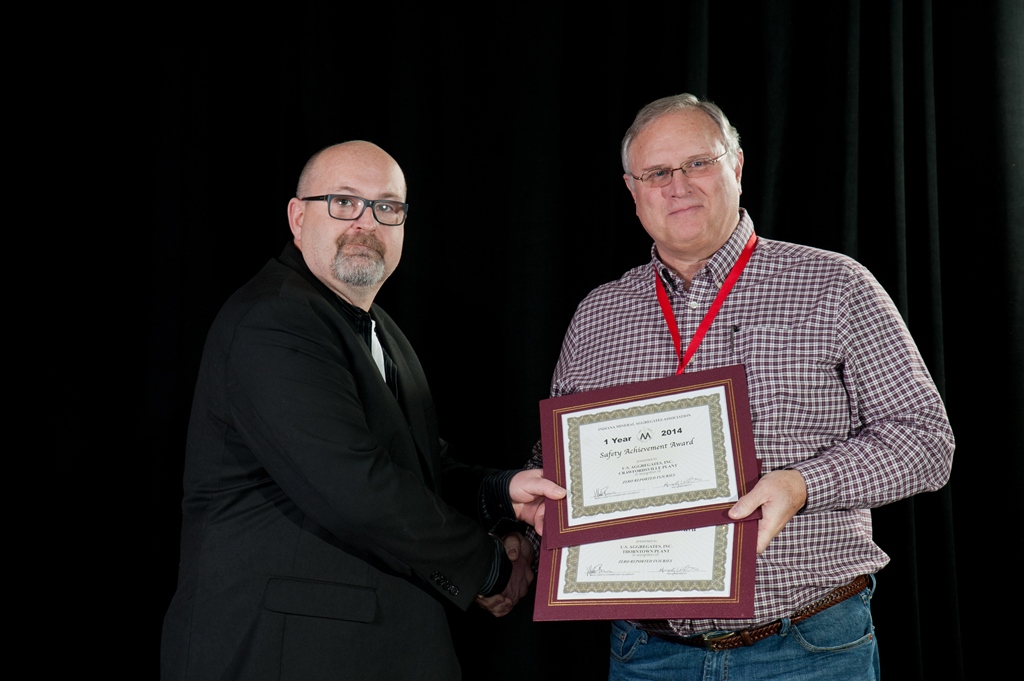 The Indiana Mineral Aggregates Association is very pleased to announce the winners of the 2014 Safety Awards. One hundred fifteen awards were presented to representatives from plants that had no reportable injuries to plant personnel for the previous year, which was based on the 2013 MSHA data. With safety being a top priority at every plant, IMAA is proud to present 61 1-Year Awards and 54 5-Year through 22-Year Safety Awards. All of these awards add up to a grand total of 651 years of working safely.

The announcement of the award winners was made by IMAA Safety Committee Chairman Matt Bunner of Mulzer Crushed Stone. The Safety Awards Luncheon was held on Wednesday, February 4, 2015, during the 2015 IMAA Winter Workshops at the J.W. Marriott in Indianapolis, IN. The 2014 Safety Awards were presented to the award winners by Chris Hensler, North Central District Manager of the Mine Safety & Health Administration.

Indiana Mineral Aggregates Association is a trade association representing crushed stone, sand and gravel, and slag companies in Indiana. The current membership consists of 40 producer companies which comprise 156 plants and quarries that produce approximately 90% of the aggregate mined in Indiana. Associate members number 103 companies who provide goods and services to the producers.